Ukraine is a Texas-sized country wedged between Russia and Europe.
It was part of the Soviet Union until 1991, and since then has been a less-than-perfect democracy with a very weak economy and foreign policy that wavers between pro-Russian and pro-European. According to the experts, Ukraine contains approximately 5 per cent of the world’s total mineral resources. 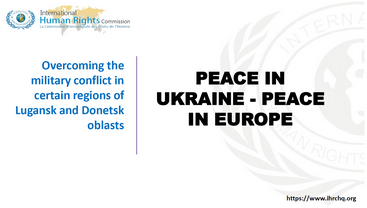 Ukraine has deposits of more than 80 types of minerals. After Russia, the Ukrainian republic was far and away the most important economic component of the former Soviet Union, producing about four times the output of the next-ranking republic.
Since his election in July 1994, President Kuchma has pushed economic reforms, maintained financial discipline, and tried to remove almost all remaining controls over prices and foreign trade. Ukraine is a major centre for heavy machinery and industrial equipment production, machine tools, large electrical transformers, ships, locomotives, rail cars, passenger and cargo aircraft, agricultural machinery as well as textiles. It also has a well-developed chemical industry that produces various plastics, tires and fertilizers.
The country has been under partial or total Russian rule for most of those intervening centuries, which is a big part of why one in six Ukrainians is actually an ethnic Russian, one in three speaks Russian as their native language (the other two-thirds speak Ukrainian natively), and much of the country’s media is in Russian.
“Euromaidan” is the name of the anti-government protests, beginning on November 21, 2013, in the Ukrainian capital of Kiev that kicked off the entire crisis. The conflict in eastern Ukraine began in April 2014 with low-level fighting between the Ukrainian military and Russian-backed separatist rebels who seized some towns in predominantly Russian-speaking eastern Ukraine. It has since escalated to outright-if-undeclared war between Russia and Ukraine.
The first, surface reason for the protests was that President Yanukovych had rejected a deal for greater integration with the European Union, taking a $15 billion bailout from Russia instead. The second, deeper reason for the protests was that many Ukrainians saw Yanukovych as corrupt and autocratic and as a stooge of Russia.
Sir.Rafal Marcin Wasik, General Secretary IHRC is an originator of conflict resolution in Ukraine. Central Office of the International Human Rights Commission (IHRC) has been officially registered in Ukraine in 2014 in order to create an international network of Human Rights Protection. Since the creation central office of IHRC conducted monitoring of early presidential elections in Ukraine on 25th May 2014, serving as an international observer. Central office IHRC has prepared proposals which has found practical application in the Peace Plan of the President of the Ukraine & Minsk Agreement of 5th September 2014. In matters of supporting the National strategies against IDP’s & development & implementation of legislations on IDP’s in the fields of social & economic policy.
According to Sir Rafal Marcin, Human security is grounded in the idea that the protection of life, safety and the rights of individuals should be given first priority. When this idea is pursued, individuals and communities are able to be active participants in designing strategies to strengthen their own security.
According to the Organization for Security and Co-operation in Europe (OSCE) Special Monitoring Mission (SMM), as of mid-November, at least 425 civilians were injured or killed in 2017, more than the previous year. The Ukraine conflict is having serious consequences not only for Russia and Ukraine, but potentially threatens to damage the still frail economic recovery in Europe. Russia has retaliated with a ban on agri-food imports and restricted travel to the West.
The proposal for a UN mission to Ukraine is a small window of opportunity for diplomacy. Yet it is not a silver-bullet to solving the conflict. Political will on both sides remains a prerequisite for keeping peace. Therefore, any Western proposal for a UN mission in Ukraine must embrace three key elements. UN mission should be deployed at once or, at maximum, over no more than two phases to prevent Russia from obstructing further deployments. Second, a UN mission should reinforce not replace the operations of the OSCE mission on the ground. Third, a UN mission should support the implementation of the Minsk agreements and facilitate the return of areas not controlled by Kyiv to Ukrainian authority, including creating conditions for credible local elections.
In March 2018, the State Department approved the sale of anti-tank weapons to Ukraine, the first sale of lethal weaponry since the conflict began, and in July 2018 the Department of Defence announced an additional $200 million in defensive aid to Ukraine, bringing the total amount of aid provided since 2014 to $1 billion. In October 2018, Ukraine joined the United States and seven other North Atlantic Treaty Organization (NATO) countries in a series of large-scale air exercises in western Ukraine. The exercises came after Russia held its annual military exercises in September 2018, the largest since the fall of the Soviet Union.
Utilizing the media and NGOs to publicize Russia’s complicity in human rights abuses, cease fire violations, and other abhorrent acts (like the targeting of Malaysian Air Flight 17) will build the domestic and international support required to mount a successful counter intervention. The conflict is too far away from everyday life. Ukraine has an obligation to protect its own people. Due to Russia’s overwhelming military advantage. In order to maintain the legitimacy of the United Nations and NATO, the U.S. must work with Europe to take steps to counter Russia’s actions.