MR. IURII M. KIPERMAN
FIRST VICE SECRETARY GENERAL
A MAN WITH VISION & COURAGE.
A MAN BEHIND THE DEVELOPMENT OF UKRAINE & HUMANITARIAN WORK
Ukrainians are known to be amongst the world’s most beautiful people and thus it’s no surprise that some of the most gorgeous ladies in the international show biz like Mila Kunis, Milla Jovovich, and Olga Kurylenko have Ukrainian roots. But it’s not just beauty that makes Ukrainians unique the nation is also the motherland of several prominent figures in science, technology, literature, performance arts, politics, astronomy, music, and mathematics.
Ukraine is the land of multi-faceted and versatile people! Take for example, Nikolai Ivanovich Kibalchich, a Russian revolutionary of Ukrainian origin who was also a pioneering rocket scientist. Ukrainians are also famous for their contribution to the world of mathematics, music, and literature. In the recent years, people of Ukrainian origin have stormed yet another field with their unique combination of beauty and brains the entertainment industry.
Similarly we have another Great Person in Ukraine Honorable Iurii M.Kiperman the First Vice Secretary General of International Human Rights Commission & Co-Founder of IHRC Foundation. Mr.Kiperman, since the independence of Ukraine have been extensively taking part in social & political activities with a vision & courage to serve his best not only in the development of Ukraine but also serving his best in the betterment of Humanity with various Humanitarian Services in Ukraine. 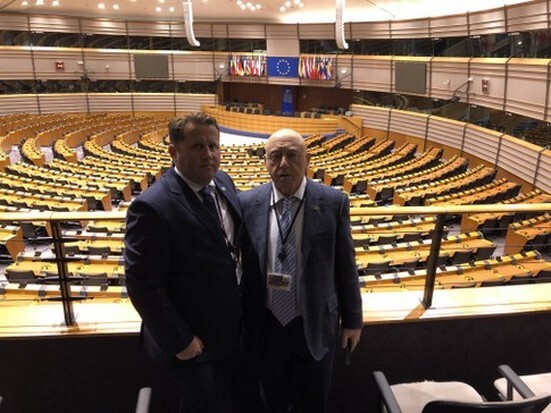 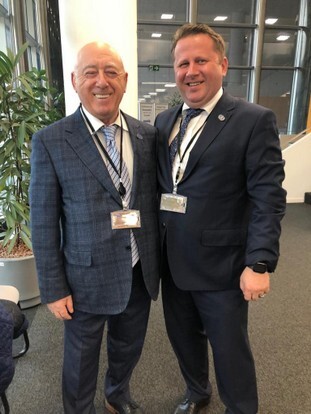 With his Passion for Ukraine development, the people of Ukraine selected him to be the Chairman of the authorized representatives of the President of Ukraine I.D, Kuchma during second and third election processes of the President of Ukraine. He has also taken part in president electoral campaign of Mr. Kchman I.D. and engaged specialists from different spheres of science & culture (scientists, actors such as V.Spivako, A. Pugacheva, M. Zhvanestskii, V. Tolkunova).
Under auspices of Government he helped rescue people from area suffered from Chernobyl disaster (Pripyat, Chernobyl) and to settle them down within the territory of Ukraine, particularly in Dniepropetrvsk District. For this humanitarian act he was awarded with merit badge-tribute of Participator of liquidation of Chernobyl NP accident aftermath.
Furthermore, he was award as the Person of the Year National Project (benefactor); he was awarded with the Golden Mark for development of our country by UUIE (Ukrainian Union of Industrialists & Entrepreneurs) to commemorate 10th anniversary of Ukraine he was awarded with the golden medal “For 10 years of independence of Ukraine” Besides that he also was also awarded with the award “For the effective management” from UNESCO in 2000.
With Military Background as his Father was in Military, He always give great importance to all that connected to sport and military spheres. He was awarded with medal of Marshall Zhukov for military service. Performing on different competitions, such as national championships, USSR championships, Olympic Games, in wrestling match and weightlifting games, He and his team (He was also the coach of USSR national team in weightlifting) have become champions for many times. Besides, He has also been a repeated champion in national championships.
He believes that such achievements and even simply participation in such competitions, are the basis for peacemaking by which our country is estimated on the world stage. He said, to my mind, field of sports is very important part of cultural development of any society, I think that this field is one to be supported & promoted., that is why I have been financing & constructing many of sports venues & facilities, including but not limited to Olympics stadium in Kyiv, Trudovi Rezervy stadium in Dnipropetrovsk, and I took part in establishment of the biggest weightlifting center in our Country where national team have practiced.
Furthermore, he was decorated with an order “For development of Dnipropetrovsky district” for support of Dnipropetrovsky region in its development. In addition he was elected as Correspondent member of Academy by General Committee dd. April 24th 2000 that is a member of ENIC Network / NARIC Network UNDER EU and UNESCO.
Mr.Kiperman name was registered in the Golden Book of Ukrainian Elite for economic development honoris cause, as well as for invaluable contribution in to international reputation of Ukraine L.M.Kravchuk. During all this time he has been constructing retirement and orphan homes, as well as schools.
Also been financing construction & repair works of synagogues, Roman Catholic & Orthodox churches, reconstruction of destroyed religious institutes of different confessions. During 1994 he has been a president of first digital connection with optical fibre (Optima Telecom), Internet & mobile communication (company is now known under trademark Beeline) in Ukraine