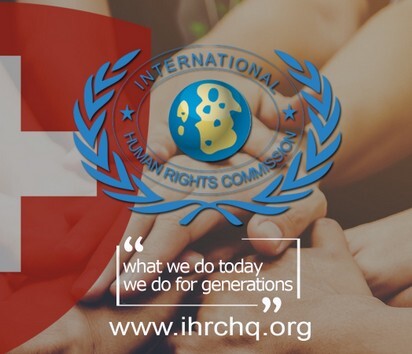 TESARIK, Ladislav,
Czech citizen, in Austria (AT),
Vice President of the Board,
with individual signature; 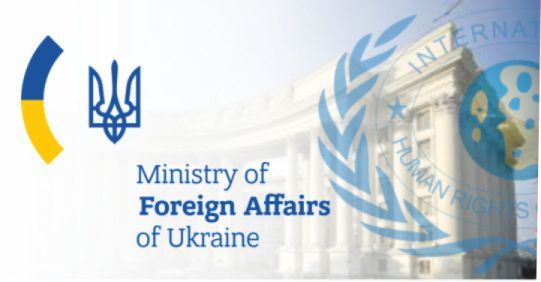 IHRC has signed agreements with the Governments of Ukraine and Bissau-Guinea, the Republic of Niger, Republic of Chad, the Kingdom of Hawaii and Autonomous Republic of Abkhazia

International Human Rights Commission signed  (17.07.2021) a diplomatic agreement with the Government of the Autonomous Republic of Abkhazia based in Tbilisi, Georgia.  On the other hand, the Potokol Agreement was signed by Deputy Chairman, H.E. Anzor Marghani.
Everything took place with the assistance of the Minister of Justice, H.E. David Patsatia, and the Minister of Finance and Economy, Mr. Ivane Dolidze and his Deputy Mr. Georgie Jincharadze. The IHRC Secretary General was assisted by the IHRC Ambassador Sławomir Rogowski and the Advisor Marian Hreśka.  Thus, the IHRC started another Diplomatic Mission on the territory of another country.
http://www.abkhazia.gov.ge/
Thanks to the IHRC from Governments 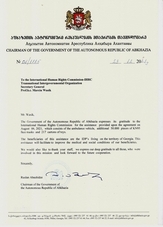 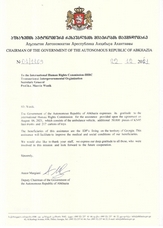 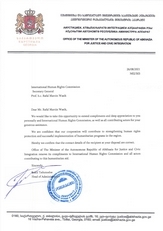 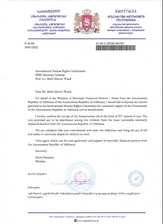 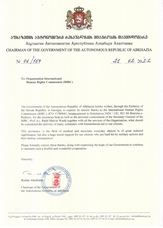 Letter from the Chairman of the Authonomus Republic of Abkhazja Ruslan Abashidze to Embassy Poland Republic in Tbilisi, Georgia

Letter from the Chairman of the Authonomus Republic of Abkhazja Ruslan Abashidze to Embassy Slovak Republic in Tbilisi, Georgia

Letter from the Chairman of the Authonomus Republic of Abkhazja Ruslan Abashidze to Embassy Czech Republic in Tbilisi, Georgia 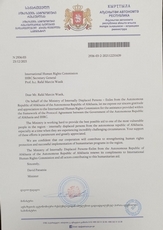 The IHRC has made effective efforts to launch a very difficult and complex Diplomatic Mission aimed at stabilizing the internal and international situation of country Republic of Chad  (confirmed by  letter to International Human Rights Commission  No. 024 of May 24, 2021 signed by the Deputy Director General of State Protocol M'Batna Krazidi).
IHRC, on the basis of the Memorandum of Understanding with the authorities of the Republic of Chad, signed by the Minister of Foreign Affairs and African Integration and Chadians Abroad Amb. Amine Abba - Sidick, on November 03, 2020, with the letter number 0056 of January 21, 2021, obtained full diplomatic accreditation in the territory of that state. The confirmation document was issued by Divisionof Privileges, Immunities, Visas and Diplomatic Cards, General Department of the Ministry. Thus, the IHRC has permanent diplomatic relations with this country .
The IHRC also acted as an accredited international observer during the Presidential Election of the Republic of Chad in April this year (Accreditation letter of the National Electoral Commission of the Republic of Chad No: 190 / CENI / 2020 of April 6, 2021). 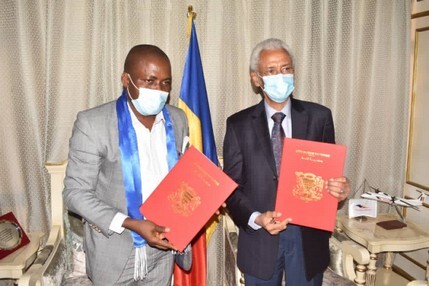 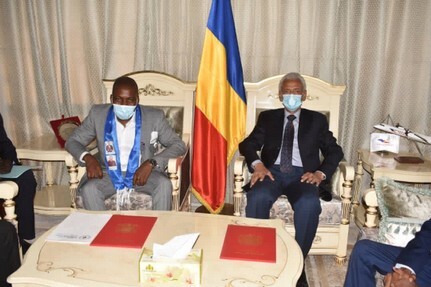 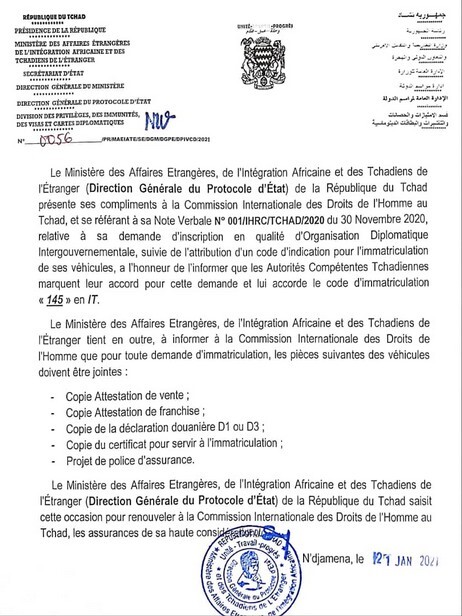 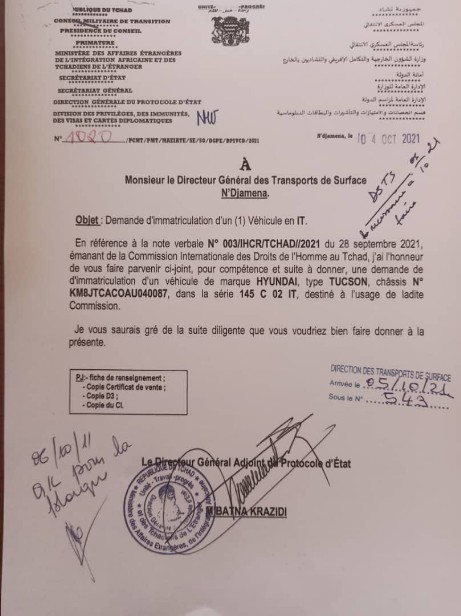 International Human Rights Commission has signed an official Memorandum of Understanding (30.02.2020) with the MINISTRY OF FOREIGN AFFAIRS, COOPERATION OF AFRICAN INTEGRATION AND NIGERIANS OUTSIDE, REPUBLIC OF THE NIGER. The MOU was signed by Honorable Minister of Foreign Affairs H.E. S.E.M Kalla Ankourao Ministry of Foreign Affairs Republic of the Niger & Secretary General IHRC Prof.h.c.Rafal Marcin Wasik.

To further strengthen IHRC on diplomatic affiliations Prof.h.c. Rafal Marcin Secretary-General International Human Rights Commission has received an official confirmation from King, Ali‘i Nui Mō‘ī, Edmund K. Silva, Jr. - Paki (17.04.2020), of the sovereign nation of the Kingdom of Hawai’i, whose sacred name is Nalikolauokalani Paki - Ka ‘I ‘omaka-ola-hou-Kaluaokalani-ka-‘I-mano- ‘anu‘unu‘u-ka-lama-kea-i-ho‘oku-ke-aupuni-o-Hawai‘i, confirming the Official Diplomatic Relationship & full support to the Leadership & Vison of IHRC from the Kingdom of Hawai'i.
As the hereditary King of the Kingdom of Hawai`i, he approves the vision and humanitarian work of IHRC.
IHRC's specialized intergovernmental organization; and the International Human Rights Commission shall provide humanitarian aid, protection, and respect for human rights around the world. The King stated that IHRC's Key to accomplishing this vision is by aggressively developing international information and organizational activities that support open communications between governments, and government programs, as well as Diplomatic Humanitarian Missions that works in harmony with nature, the human family, and the natural world.

On 30 JUNE 2020, the Minister of Foreign Affairs of Nigeria H.E.GEOFFREY ONYEAMA recommended IHRC in NIGERIA as a very good partner for cooperation.

IHRC has signed MoU with the National Agency for Prohibition of Trafficking in Persons (NAPTIP) from Nigeria, signed on September 2, 2020 by the Director General of NAPTIP and the Director (Legal and Prosecution) 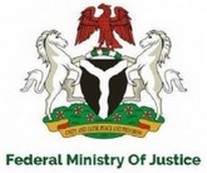 Federal Ministry of Justice, International & Comparative Law Department Ref. No. NA.84/S.5/l of 11 NOV, 2020. Having Confirmed from NAPTIP the signing of the memorandum of Understanding(MoU),we to inform that the copy of the (MoU) between IHRC organization and NAPTIP has been deposited in the National Depository of Treaties (NDT) in line with the Treaties (Making Procedure Etc.). 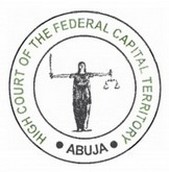 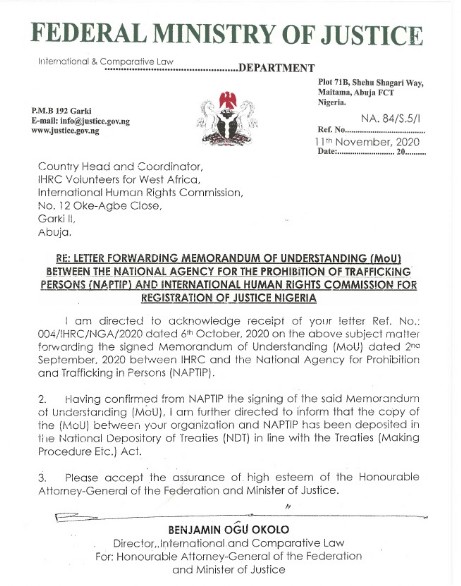 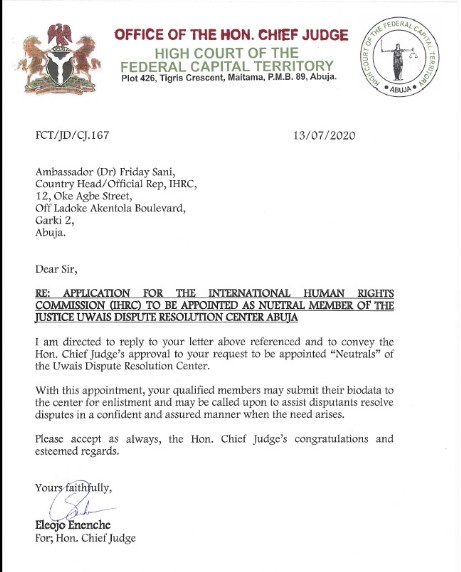 International Human Rights Commission  is a member of
Migration and Home Affairs at the European Commission
To date, in cooperation with local organizations, the IHRC, has carried out humanitarian aid for over on hundreds of  thousand people around the world. Through thousands of our registered and active associated in the IHRC Special Monitoring Mission Volunteers, we are active in all corners of the world, running humanitarian aid programs, raising awareness, protecting human rights, monitor local social and political situations.
Accredited IHRC offices and agencies
IHRC Endowment Fund in Czech Republic

IHRC has signed agreements with the United Nations Association Pakistan (UNAP). IHRC has signed agreements with the United Nations Association Pakistan (UNAP) signed on December 31, 2019. Northern Citizen Community Board (Special Consultative Status in UN ECOSOC) , International Human Rights Commission & United Nations Association of Pakistan  taking initiative in Pakistan to practice a take-back policy for used PET bottles with its major sponsor IGLOO ICE CREAM who will offer ONE RUPEE FOR ONE PETT BOTTLE encouraging everyone to collect used PETT Bottles & get ONE RUPEE from IGLOO
We create and build the International Social Movement SMM IHRC and United Organizations activating people and organizations all over the world so that they have a chance to improve their own social personality that does not narrow the horizons of social and humanitarian action.
New IHRC platform: INTERNATIONAL LOCAL PARTNERSHIP- ILOPA
in thw frame of Special Monitoring Mission IHRC. This program is to create a cooperations between local authorities from around the world to improve the quality and effectiveness of their service to their local communities. Thanks to ongoing, close and direct contact we with the local Leaders we will create new opportunities and perspectives for the development of local communities, regardless of their wealth and location.  Because only IHRC, relying on the knowledge and wisdom of its activists, understands and realizes the real needs and challenges of everyday LIFE. This new communication and development platform was created thanks to the personal commitment of the Secretary General of the IHRC Prof. h.c. Rafał Marcin Wasik, how will create new opportunities beyond all divisions for everyone whose heart beats for the good of others and HUMAN RIGHTS. Because what we do today, we do for Generations.
United Organizations

"IHRC International Local Partnership"
As part of the "IHRC International Local Partnership" program, was signed a Memorandum of Understanding with the on January 14, 2021, Municipal Chamber of São Miguel, and of January 18 Camara Multicipality Santa Cruz, 12th March 2021 Camara Municipal de São Domingos,on March 26, 2021 the Camara Municipal da Riberia Grande De Santiago and  June 30,2021 from Boa Vista Municipal Chamber all in from Cabo Verde.On August 21, 2021 also was signed with City of Polonne, Ukraine. This program is to create a platform for local authorities from around the world to improve the quality and effectiveness of their service to their local communities thanks to ongoing, close and direct cooperation.

This program is to create a platform for local authorities from around the world to improve the quality and effectiveness of their service to their local communities thanks to ongoing, close and direct cooperation.
"Special Monitoring Mission IHRC "

Members of the Special Monitoring Mission IHRC volunteer program, of which at the end of 2020 there are over 5,500 from 106 countries on 6 continents, during the CoVID-19 virus pandemic with endangering lives and health, led by local SMM IHRC agents, conducted hundreds of actions to provide food aid to victims, the poor people in need and educational activities on how to protect against infection. During the presidential, parliamentary and local elections in Ukraine, Chad and Cabo Verde SMM IHRC volunteers played an honorable and responsible role, as officially recognized by the relevant authorities, official international observation missions.
Copyrights to the logo
IHRC also has a proprietary "LOGO" graphic and a name in the
WIPO - World Intelectual Property Organization ( United States ),
EUIPO - European Union Intellectual Property Office,
IPO UK -Intellectual Property Office United United Kingdom,
IPO- Intelectual Property Organization Pakistan,
Ministry of Industry Trade and Investments Commercial Law Department Trademarks Patentsand Desings Registry Nigeria,
OA- African Intellectualy Property Organization 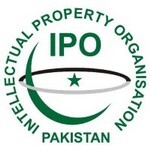 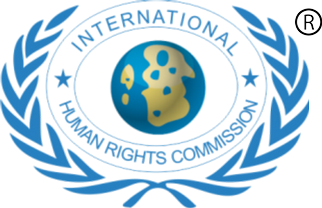 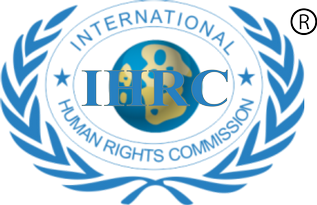 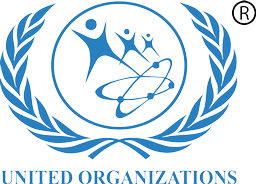 IHRC informeds about World News Copyright
The prohibition of processing the data of the organization and its members, in particular applies to persons or others, who submit slander or untrue content in the mass media.
copyright / confidentiality penalty $ 1 million according to Article 6 of the agreement, the competent is arbitration court.
Back to content